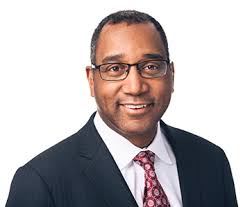 Prior to the Pilot Program, anyone interested in raising EB-5 capital could launch an offering and sell equity in their project overseas.  Upon an investor’s petition for a conditional EB-5 green card, USCIS would review both the project and the investor to make sure each were compliant with the guidelines of the EB5 Program.  Project approval required the project to show that at least ten (10) full-time, direct and legal jobs would be created, as a result of the investor’s investment.

The Impact of the Regional Center Pilot Program

The Pilot Program impacted the EB5 Program in several ways that helped to drive growth and participation.  One of the biggest changes related to the definition of “job creation.”  This expanded to include not only direct jobs, but also indirect jobs and induced jobs.  For example, a real estate developer building a hotel could now claim job creation credit for not only the employees of his hotel, but for the additional employees hired by the nearby restaurants, retail shops, taxi companies, etc. that see increased demand as a result of the hotel development.  These are indirect jobs.  In addition, the developer can claim job creation credit for the increase in local spending at local supermarkets, movie theaters, gas stations, etc. now that all of the direct and indirect employees have paychecks and are spending money in the local economy.  These are called induced jobs.  Direct, indirect and induced job creation is determined by complex economic modeling processes, and these projects can increase overall job creation by five (5) times or more.  Since the more jobs you create the more money you can raise, the Regional Center Pilot Program paved the way for projects (usually real estate construction projects, as they create substantial direct, indirect and induced jobs) to raise tens and even hundreds of millions of dollars.

It is a common misconception that all EB-5 projects must be sponsored by a Regional Center, the original EB-5 Program’s policies and procedures may still be utilized.  The Pilot Program simply created an alternative path to EB-5 capital that allowed certain projects to raise considerably more money.  Projects that rely on the original EB-5 Program law are typically referred to a “direct” projects.  This may be because the projects are brought to investors “directly” with no Regional Center intermediary or it could be because only “direct” job creation is counted in such projects.

Size of the Offering

Almost all direct projects seek 10 or less investors and most direct projects seek less than 5 investors.  By contrast, most Regional Center projects are seeking at least 40 investors and on average are seeking between 70 and 140 investors.  Several notable Regional Center projects have sought over 500 investors.  As a potential investor determining which type of project is right for you, the answer will turn on whether you are looking for “safety in numbers” or a “seat at the table.”  Being one of 70 investors may give you comfort that the developer will be motivated to meet the needs of such a large group, however, your ability to be heard among that group may be limited.  If you have unusual circumstances not shared by the group, it is unlikely that accommodation will be made for you.  Being one of 5 (or less) investors usually provides you access to the project managers, if necessary.  Furthermore, it sometimes gives a potential direct investor the opportunity to negotiate certain deal terms, while Regional Center deal terms are often inflexible.

Typical direct projects are franchises or corporate expansions in the fast food, retail and service industries. As stated previously, most Regional Center projects involve the ground-up construction of real estate projects.  Obviously, each investor will have their own preferences and predilections in terms of preferred industries.  However, an EB-5 investor with a history and/or expertise in the industry of the direct project might have a chance to negotiate certain observation/consent rights.  Due to the size of Regional Center deals, most investor decisions regarding the project are made by the Regional Center, on behalf of the investors.  The opportunity for investors to individually consent on matters in a Regional Center project is rare.

There are a wide range of EB-5 projects for potential investors to consider.  There are numerous Regional Center projects in a variety of industries and locations throughout the United States for the discerning EB5 investor to consider.  Many of these are solid investments offered by Regional Centers with stellar track records.  However, for an EB-5 Investor looking for a different type of investment, there are non-Regional Center projects available that can meet an investor’s goals.  Direct projects need not be dismissed from consideration, solely because no Regional Center is involved.  Assuming a project is represented by experienced EB-5 counsel, that project should satisfy investors’ US immigration goals, whether it is a Regional Center project or a direct project.  Thus, EB-5 investors can widen their criteria, if they choose, and concentrate on finding a project that best suits their investment tastes.

Which documents are the most important to review in an EB-5 offering?