How New Legislation Will Impact Source of Funds 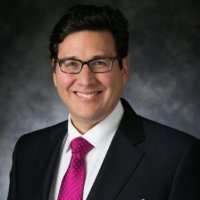 On 13/01/2017, the Department and Homeland Security (“DHS”) published a proposed rule, titled “EB-5 Investor Program Modernization” (“Proposed Rule”), seeking to introduce significant changes to the existing EB-5 Immigrant Investor Visa Program (“EB-5 Program”). The Proposed Rule has not yet been adopted as a final rule by DHS.

The Proposed Rule explains the rationale behind new EB-5 regulations on priority date retention, increase to the minimum investment amount, and revision to the targeted employment areas (“TEA”) designation, among other changes.

On 28/04/2017, the U.S. Congress extended the EB-5 regional center program through 30/09/2017, without any changes. Simultaneously, members of Congress are negotiating an EB-5 reform package. One such proposed law from Senator John Cornyn of Texas was circulated for discussion (“Cornyn Bill”). The key issues of Cornyn Bill concern: (1) raising the minimum investment amount; (2) revising the definition of TEA; and (3) establishing visa “set-asides” for certain investments. Another proposed law from Senator Chuck Grassley of Iowa was circulated on 15/04/2017 (“Grassley Bill”). The key issues include: (1) increasing minimum investment amount; (2) temporary “set-asides” visas; and (3) changing USCIS designations.

Both the Proposed Rule and the Cornyn & Grassley Bills include an increase of the minimum required investment for all new EB-5 investors. The proposed increase to minimum investment amount, if passed, would impact investor’s source of funds and result in a number of changes in the way investors may prove their source of funds.

Meanwhile, DHS will continue evaluating the source of investor funds for legitimacy and investors need to prove that he or she obtained the investment funds through legal means. It is worth noting that, along with the investment capital, investors also pay ancillary fees, including an administrative fee to the regional center handling the EB-5 investment, which may come under the scrutiny of U.S. Citizenship and Immigration Services (“USCIS”). Though current EB-5 regulations do not extend the lawful source of funds requirement to the administrative fee, in practice, USCIS has shown its interest in the source of the administrative fee through requests for further evidence.

In a positive development, the Proposed Rule would permit EB-5 investor to retain their priority date – the date that fixes their place in line for an immigrant visa number – if circumstances beyond their control require the filing of a subsequent EB-5 petition. This provision could aid foreign investors whose initial EB-5 petition is detrimentally affected by the termination of a regional center or a material change in a business plan. If finalised, priority date retention would be a significant benefit to investors, especially Chinese EB-5 investors, who are currently subject to multi-year backlogs.

The comment period of the Proposed Rule ended on 11/04/2017. As the Proposed Rule proposed drastic reform to the EB-5 Program and received extensive public comment, it is difficult to predict the timing of when the regulation amendments could be adopted as final by DHS. On 07/03/2017, Senators John Cornyn, Dean Heller, Rand Paul, and Thom Tillis wrote a letter to DHS, asking the regulator to hold the regulations to permit congress to complete its ongoing effort of drafting legislation reforming legislation reforming the EB-5 program. Nevertheless, the Proposed Rule and the Grassley & Cornyn Bills are roadmaps of what to anticipate for EB-5 Program in the future.

The EB-5 program is gaining popularity among both US businesses seeking more cost effective and socially responsible funding in a tight credit environment, and residents in the Middle East North Africa (“MENA”) region seeking green card and US citizenship. As MENA investors are increasingly becoming important participants in the market, the new legislation and its complications must be taken into consideration when the potential investors considering EB-5 program.

As we wait for the Proposed Rule to take effect, the industry is going through a period of major change. It will be interesting to see how things unfold over the next several months and hopefully the final version of the Proposed Rule will be adopted after properly vetting the interests of various market participants.

IS CRYPTOCURRENCY THE NEW SOLUTION TO DIFFICULTIES IN TRANSFERRING CURRENCY?

Does the location of a project really matter?